Greetings from St. Louis. Either your little piece of “cloud-9” or your mere ice-cube lot besides the cold Midwestern heart of hell.

Yes—we’re frozen-solid down here. Which means—time for blogging!

Trapped in the house—as I can’t help but share this little item from our local alternative newspaper that describes the fickle heart in our “state of emergency”, usually called-off in the due course of things.

Read it, know it, feel it. It’s about all summed-up there.

We have the street department out in force, and Beetlejuice serves his purgatory working for the local street department in the salt trucks. There—sbadowed in the cab and taking a sip from a hip flask of whiskey in a parka—his hair tangled-up in a nimbus as the gray afternoon darkens into nightfall.

As you know, dead souls “die” in whatever smooshed death and pay their dues for the fee of reincarnation. If it wasn’t being devoured by a sandworm, he may as well be gnashed in the teeth of Satan, himself at the very bottom circle of hell—the giant devil frozen in ice who mewls at the bottom of all nightmares.

Oh, well. Instead, this is just an inner-suburb of St. Louis with the overpass, railroad trestle, and corner of bargain commerce. A gas station—a discount clothes outlet in the same expansive parking lot as the American Contacts & Eyeglasses, the DMV, and “Little Caesar’s Pizza” by a little dog-walking park and trickle of a sunken stream by the hilly, wooded houses.

He could do way worse—WAY, WAY WORSE.

The fate of the community lays with men like Beetlejuice and he’s paid well for his 12-hour shift.

No—don’t park there! Pulled across the street from the pool-hall as a prostitute opens the door and climbs in the cab.

Just a slow day—as hell freezes over. Dead season—and cause to stay indoors.

Beetlejuice knocks his gloves together and lights a cigarette under the halo of the streetlight. Just a barnacle on the underbelly of civic business. The night is his home and soon he’ll be alone again with his festering thoughts.

THE KING OF BEERS.

And so long as you’re snuggled in. . . . . . we present you a teaser for the Beetlejuice 2 script BEFORE HELL FREEZES OVER. Pass it out far & wide like the billowing snowflakes across the region. And enjoy it as the dark necromancy of “he-who-cannot-be-named” leans against the tombstone with his ankles crossed. KILLING TIME.

A false rumor has been circulating for the last day or two THAT THEY WOULD BE MAKING BEETLEJUICE WITHOUT ME.

Oh no, but listen to the insectile-screech of “the little guy” protesting that he won’t have his dream crushed. Such is the tale of “the little guy” as I may yet give my movie studio overlords a pause. Strange things are afoot in St. Louis, wonderful things like Dr. Frankenstein’s bizarre laboratory of UNDEAD SEQUELS.

I say Beetlejuice should have a lot of screen-time, with a thicker exploration of the weird & wonderful netherworld like haunted t.v. signals and defunct “Dollar Store” plastic knock-off’s that’s true to the world of white, blue-collar squalor.

Where the highway meets– not far, yonder your local Wal-Mart, junk yard, waffle-house, and carnival. Beetlejuice lives in the hills of south St. Louis county– and we must do the character justice in this vaunted region of podunk majesty, like spangled rhine-stone cowboys.

To see it is to believe it, to know it is to love it. Coming soon to a completed screenplay near you. From tea party misfits to firecrackers going off in apartment complex parking lots, thy name is chaos– thy name is America– thy name is BEETLEJUICE!

Like other buzz-words 5 years behind the times, “DON’T GO THERE” but we will as Beetlejuice goes and busts-a-move! Lydia will be there to roll her eyes with ethereal sarcasm “keeping it real”. Ooops, did it again.

So check in, we’ll be back soon or else Beetlejuice isn’t working behind the counter at fast-food. Rather, he’s running-fast from the gorping mouths of sand-worms as the after-life comes with a certain grim ecology. . . . . . like poetic-justice and THE FINAL WORD ON FUNNY. 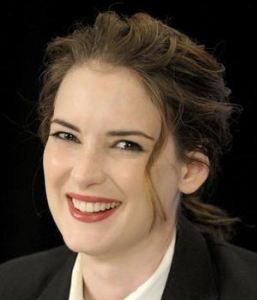 Here’s to ultra-thin schedules and heaps of back-log. . . . . bringing you the best, or at least meaning to. Up late at night in my mad scientist’s laboratory working on something very special. The dream never dies and we’ll be back again as soon as possible.

A product of “Insufferable Industries”

A very fun, bouncy and flirtatious Winona oogled and oggold and threw her hands up in the air on the Seth Meyers late-night program– giddy with the fun of our old favorite movie, here as folks demand to know– “will there be a sequel?”.

As long as I’m here, tapping-away on the keyboard– at least that’s a bit of assurance that some work is being done on it, in the underdog’s quarter– many miles from L.A..

It’s here on this site that we discuss concepts and get ideas out, dropping you little tid-bits and other fun trivia to keep the buzz, alive. We’ll try to post more frequently as keeping-up this site is an enjoyable romp. Far from a franchise throw-back, I want it to be really clever and relevant to the original dynamic of the Lydia and Beetlejuice characters.

And you’re getting the hint of it, down here on the ole’ ground-floor.

Screenwriting is the magic of all those who come-along for the ride, as we’re “a work in progress” and I want you to be there every step of the way on our continuing march to take over the world. We’re the best– and you’re the rest.